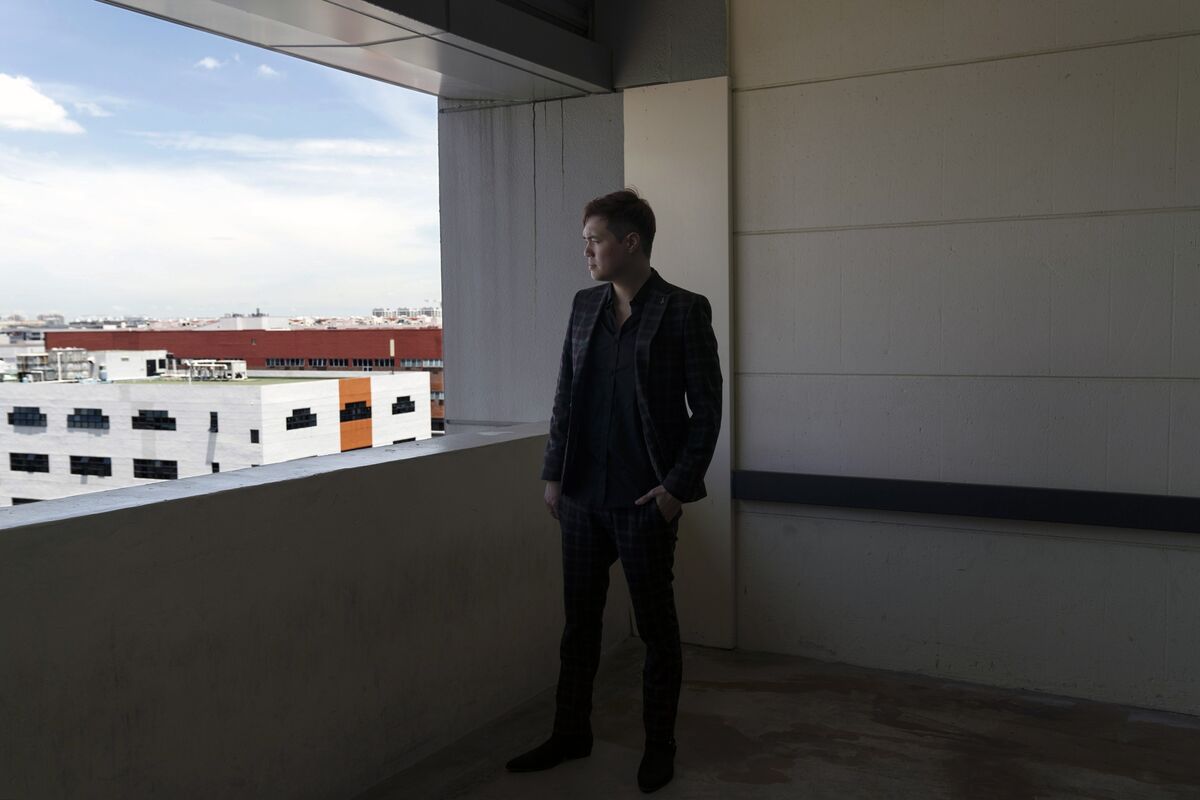 After watching Bitcoin’s stratospheric rise from the sidelines, game developer Adam Dart wanted a piece of the action.

The 29-year-old Scot who lives in Singapore reached out to a handful of local and international banks to ask about opening investment accounts to trade crypto with funds from his family’s wealth office. To his surprise, he was told that while bankers could offer their personal opinions on digital currencies, they couldn’t provide investment services.

“We had to eventually deploy the family office investment via Gemini, a U.S.-based digital asset exchange that operates in Singapore,” said Dart, who helps his parents run the firm that mainly invests in stocks, currencies and private equity. “It’s too much risk for banks to put Bitcoin in the portfolio, that’s generally the reason.”

Dart, whose family owns a semiconductor business, is just one of millions of wealthy investors going it alone as banks largely shy away from cryptocurrencies. Thousands of miles away, Christian Armbruester, founder of the London-based Blu Family Office, is exploring setting up a dedicated fund to trade the assets at a potential cost of more than $100,000 after European banks turned him away.

“They said no way — they didn’t want to custody this stuff,” said the one-time investment banker who oversees about $700 million for himself, his family and other wealthy investors. “This is where the rubber meets the road for cryptos. Everybody can get excited, but the implementation is very difficult.”

After dismissing digital currencies for years, some — but not all — Wall Street giants are warming to the idea. Goldman Sachs Group Inc. said this week it’s close to offering investment vehicles for Bitcoin and other digital assets to private wealth clients. Morgan Stanley plans to give rich clients access to three funds that will enable ownership of crypto and Bank of New York Mellon Corp. is developing a platform for traditional and digital assets. Still, none of the biggest U.S. banks currently provide direct access to Bitcoin and the likes.

In Europe, Julius Baer Group Ltd. has started offering trading and custodian services of major cryptocurrencies within Switzerland, and Swiss private bank Bordier & Cie began to trade the assets via a third-party platform. In Singapore, DBS Group Holdings Ltd. recently started a digital exchange that allows qualified investors of its private bank to invest in major digital assets while providing custodian services for them.

While Bitcoin is now more than 11 years old, there are very few things it can actually buy, and many lenders remain wary of the volatility risk associated with the virtual currency. JPMorgan Chase & Co. Chief Executive Officer Jamie Dimon famously called Bitcoin a “fraud” in 2017 and threatened to fire any employee caught trading it — comments he later said he regretted. UBS Group AG, one of the world’s largest wealth managers, in January warned new crypto investors that they could lose all their money.

Once seen as the province of nerds and computer geeks, Bitcoin has been gaining wider acceptance and many investors are speculating it will shake up the financial world. The best-known cryptocurrency has reached a series of records in 2021 — just three years after its price collapsed — after endorsements from the likes of Paul Tudor Jones, Stan Druckenmiller and Elon Musk.

Some of the wealthiest and most sophisticated investors have become long-term backers after striking out on their own. Mexican billionaire Ricardo Salinas Pliego revealed in November that he’s put a chunk of his liquid funds in the world’s biggest cryptocurrency and first invested in it five years ago through Grayscale Investments, when the price of one Bitcoin was about $800.

Now, Bitcoin’s rally over the past few months is intriguing wealthy investors in a new way.

“We have seen a surge in demand for investment professionals — particularly those focused on private equity and digital assets,” said Tayyab Mohamed, co-founder of Agreus Group, a London-based recruitment and resourcing company for family offices. In the past year, one single-family office based in the English capital completely shifted its investment portfolio of about $2.8 billion away from real estate to new asset classes including cryptocurrencies, he said.

The boom has also vaulted those helping trade the digital assets into the world’s ultra-rich. Coinbase Global Inc. co-founder Brian Armstrong is now a billionaire, though estimates of his fortune vary, underscoring the wild price swings of cryptocurrencies. Set up in 2012, Coinbase is the biggest U.S. exchange for the assets and is expected to go public this month, marking another milestone for the transformation of crypto as a mainstream asset class.

“Trading and speculation were the first major use cases to take off in cryptocurrency, just like people rushed to buy domain names in the early days of the internet,” Armstrong, 38, wrote in a letter included in Coinbase’s registration filings with the U.S. Securities and Exchange Commission. “But we’re now seeing cryptocurrency evolve into something much more important.”

Yet for crypto newcomers like Dart, investing hasn’t been easy. Although he’s attended many next-gen courses that teach financial markets and trading via the family’s private banks, not much was explained about dealing with digital assets, he said.

Dart, who was drawn to crypto after his sister successfully invested in Bitcoin in 2014, has now set aside a small percentage of his family’s portfolio for it. He’s hoping that private banks will catch on to the craze and allow clients to include crypto in their accounts, instead of having to use external exchanges.

“It would be safer and much less of a hassle, while allowing us to achieve a more holistic view of our total asset allocation within our portfolios,” he said.

— With assistance by Emily Cadman