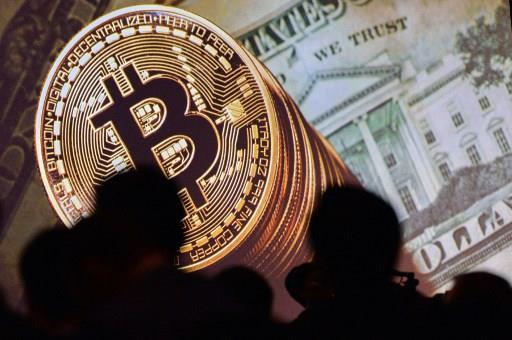 
With the recent news that respected cryptocurrency exchange Coinbase is set to become the first crypto-native organization listed on a major US stock market, cryptocurrency has perhaps never been closer to breaking into mainstream use. Projected to reach a valuation of over US $20bn by 2023, the future of the digital coinage depends upon a few factors that will likely continue to drive its value.


Consumers must have an easy way to access funds for a currency to become long-lasting, and Coinbase is cryptocurrency’s answer. In 2018, Coinbase was valued at roughly US $8bn. As of March 2021, it is worth nearly US $100bn. The steep increase reflects the market’s rising interest in digital currencies. It can also be attributed to the shift in consumer perspectives from convenient credit options that make it easy for their online activity to be traced to something that sacrifices a negligible amount of ease-of-use for a significant boost to personal information security.


The rise of industry leader bitcoin


Created on 3rd January 2009, with the mining of the genesis block, bitcoin has been the cryptocurrency leading the charge to the mainstream. Its mysterious founder might be elusive, but the impact of its creation upon the world of finance is quite clear. By 2020, bitcoin alone accounted for about US $5m worth of online transactions per day and played an important part in attracting many of the estimated 68 million current cryptocurrency users to the platform.


The quick growth of bitcoin is largely attributed to its increasing popularity among younger consumers. What was initially considered a ‘fringe’ movement only supported by a handful of online businesses has blossomed into more than simply an alternative currency. It has become a viable addition to traditional funds and has demonstrated staying potential even amidst a crumbling economy. While bitcoin dropped to a low of US $4,748 when the market crashed during the onset of COVID, it has since rebounded to around US $42,000.


Cryptocurrency is closely following the trajectory formerly taken by online shopping, smartphone use, and contactless payment systems as they grew from a technology many considered unusual to a normal part of everyday life. While there are a few reasons for this, perhaps the most appealing are the privacy and security it offers users. Unlike traditional online payments that often result in targeted ads pushed by advertisers tracking users after a purchase, cryptocurrency is a decentralized payment option that affords much more anonymity while buying.


The idea of valuing anonymous transactions might have been viewed as questionable a decade ago, but today’s consumers recognize the worth of safeguarding their financial transactions from sellers hoping to find the perfect target population for their next big product.


As the number of individuals requesting that bitcoin be offered as a payment method grows, so does its acceptance by popular mainstream payment firms such as PayPal. The adoption of cryptocurrency is likely to continue to increase with the upcoming VISA debit card offered by Coinbase, a development that will make working with blockchain currency easier than it was in the past.


The increasing demand for cryptocurrency can be seen in both the number and the kind of businesses adopting it. Tesla recently invested US $1.5bn in the blockchain in a nearly unparalleled show of faith, for example, and the currency continues to make its way into many different industries. From online casino gaming to mobile carriers such as AT&T, digital currency is unlikely to entirely fall by the wayside, with powerful adopters pushing its progress and increasing its demand.


A solution to a timeless problem


Inequity still significantly impacts the lives of many worldwide. The rise of cryptocurrency has proven unexpectedly adept at relieving some of the challenges faced by those too oppressed to create their own bank accounts or otherwise store and access their money via conventional avenues. In their book The Age of Cryptocurrency: How Bitcoin and Digital Money Are Challenging the Global Economic Order, authors Paul Vigna and Michael J. Casey explore the way in which bitcoin has positively impacted women living in Afghanistan, many of whom are unable to open their own bank accounts. Without a secure way to earn and keep money, it is almost impossible to attain independence and affect change on both a personal level as well as on a national scale.


Bitcoin has proven to be an important answer for Afghani women searching for financial freedom, with some employers opting to pay in digital currency. As the money is held in an online ‘wallet’, no bank account is necessary to store or use funds. This means that the women in question no longer have to rely on male relatives to keep their earnings safe in their own bank accounts — they can keep them safe in their online account, instead.


Bitcoin was not originally developed as an answer to this kind of societal problem. Nonetheless, it has offered oppressed peoples across the globe a viable ‘alternate’ economy within which they can work, make money, and spend money without the need to engage with their oppressors to gain access to traditional financial institutions. A contemporary solution to an ancient problem, bitcoin and other digital currencies have the potential to revolutionize the lives of millions.


What is the future of cryptocurrency?


Despite the seemingly bright outlook, the future of cryptocurrency is still largely undetermined. It certainly appears as though it will maintain its upward trajectory directly until it becomes a commonplace payment method, but what is the likeliest scenario?


According to a recent report published in the International Journal of Business Management and Commerce in 2016, cryptocurrency is here to stay. While researchers don’t believe that it will entirely displace traditional paper currency, the consensus among many seems to be that digital currency will continue to grow and carve out a not-insignificant market for itself in the contemporary financial landscape.


From offering an alternate economy to the disenfranchised to revolutionizing daily consumer experience, cryptocurrency is poised to change the face of the global economy.


Legal Disclaimer: MENAFN provides the information “as is” without warranty of any kind. We do not accept any responsibility or liability for the accuracy, content, images, videos, licenses, completeness, legality, or reliability of the information contained in this article. If you have any complaints or copyright issues related to this article, kindly contact the provider above.