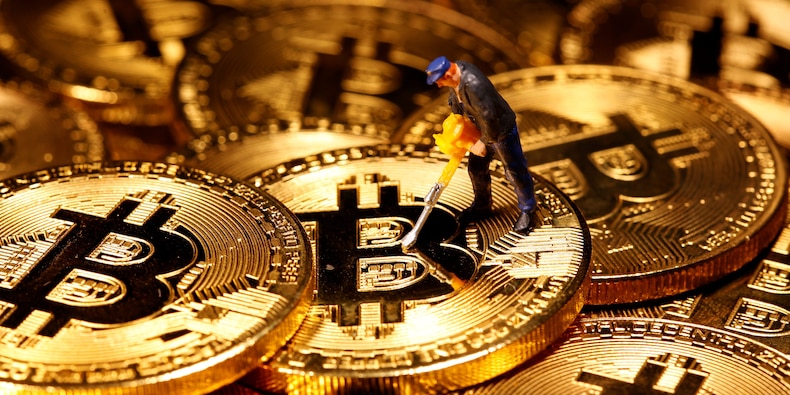 Bitcoin-mining stocks sink as the cryptocurrency struggles to reclaim $50,000 level

Bitcoin-mining stocks sank across the board on Friday as the cryptocurrency struggled to reclaim the $50,000 per-coin level.

Companies associated with bitcoin, including Michael Saylor’s MicroStrategy also fell as much as 13% and 15%, respectively.

Despite falling share prices and bitcoin’s recent drop, cryptocurrency miners continued to add to their mining capacity over the past few months.

On February 1, Marathon Patent Group announced Bitmain had added 4,000 S-19 Pro Antminers to the firm, more than doubling the amount of Antminer’s the company had. The new additions will push Marathon’s mining capacity to 1.4 exahash per second by the end of March.

On February 11, Riot Blockchain announced it will achieve an estimated hash rate mining capacity of 1.06 exahash per second with the deployment of its newly received 2,002 S19 Pro Antminers.

And Hive Blockchain Technologies announced it doubled bitcoin mining capacity in a March 2 earnings report for the third quarter of the fiscal year 2021.

Although bitcoin miners continue to make significant progress on their mining capacity, their valuations may have become stretched in many investors’ eyes.

For reference, the S&P 500, which tracks the performance of the 500 largest companies in the market, trades at 2.7x trailing 12-month sales.