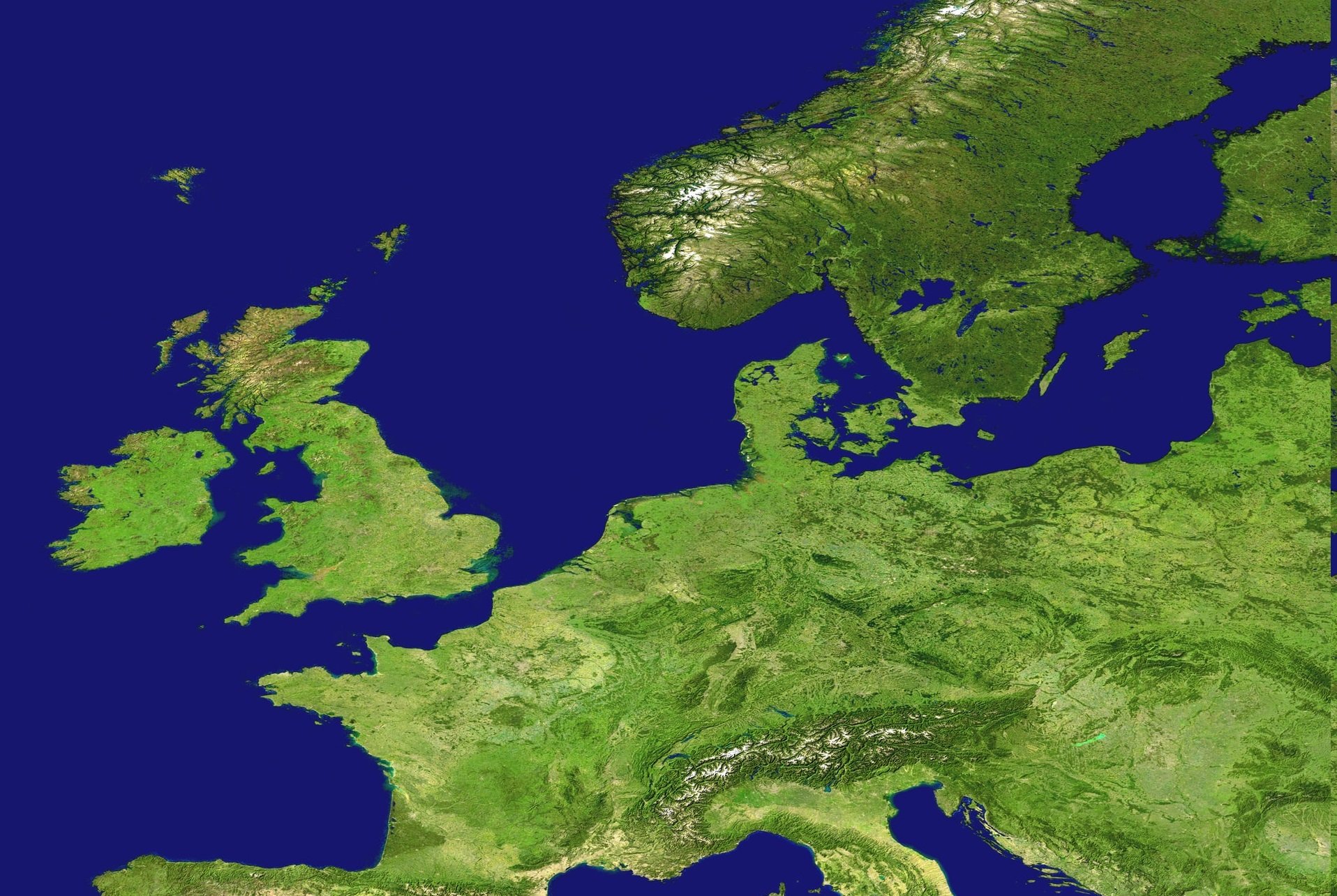 Cryptocurrency concerns vs. regulations in Europe: A guide

Editor’s note: This is part of a full article by Coinshares Research. You can read the full analysis, featuring Germany, the UK, Switzerland, Sweden, Italy, Austria, Luxembourg, and the Netherlands, here.

The European cryptocurrency market is a constantly evolving space, with increasing investor demand, cautious but forward-looking governments and a diverse palette of regulations and concerns country by country. Here is the current intelligence of the European crypto market, from early birds through pioneers to mining havens.

Let’s look at some data. 4% of European internet users own cryptocurrency, across 17 markets, according to the 2019 report by GlobalWebIndex. Switzerland has the highest rate of crypto ownership in Europe (among the highest in the world) and London has the highest concentration of crypto holders. The European markets with the most cryptocurrency holders also tend to have wealthier, younger online populations.

But understanding crypto holders is only one part of the puzzle — the related governmental regulations and concerns continuously form the opportunities and limitations of the market, balancing between a future-driven attitude and a cautious approach designed to protect investors.

Here we take a snapshot of the European crypto market, focusing on the countries that are the most active in the space, starting with the broader regional context.

Macro view on the cryptocurrency market of Europe

The 5th Anti-Money Laundering and Counter Terrorist Financing Directive, known as “5AMLD”, came into effect 10 January 2020, a legislation adopted by the EU to contribute to global security, the integrity of the financial system and sustainable growth — and, as was anticipated, widened the regulatory perimeter to capture crypto, and entities dealing with crypto, through new definitions of “virtual currency” and “virtual asset service providers” (or VASPs).

Under 5AMLD, cryptocurrency businesses are now considered to be “obliged entities”, the same as traditional financial institutions. Therefore, crypto companies are required to adhere to the same AML/CFT (Anti-Money Laundering/ Combating the Financing of Terrorism), KYC (know-your-customer) and data-sharing requirements as banks, for instance.

Some countries even implemented 5AMLD into their local laws prior to the 10 January 2020 date. An example is Finland where the country’s new regulations went into full effect in November 2019. A local crypto company, LocalBitcoins, had made the necessary changes even prior to that, in March 2019, thus becoming the first digital asset exchange in Europe to align its business to 5AMLD. The company introduced a new sign up and verification process for its users, including both individual and corporate traders.

UK-based Bottle Pay provides a contrasting example. The crypto wallet provider, after a success story evolving throughout only a couple of months, including raising $2 million in seed funding, shut down its services in December 2019, before 5AMLD came into effect. Bottle Pay said that “the amount and type of extra personal information” they would have been required to collect from their users would have altered the user experience they provided and were not willing to force any new process onto their community. Meanwhile, as the UK was still a member of the EU at that time, it implemented 5AMLD into UK law and the Financial Conduct Authority (FCA) announced it would become the supervisor of UK crypto asset businesses.

In the midst of and perhaps despite forming new regulations, GlobalWebIndex found that cryptocurrency holders generally appreciate anonymity. Six in ten delete cookies or use private browsing windows and they are over twice as likely as the average to be using VPNs each month, in order to hide their web browsing from government surveillance — one in two does this which is about three times higher than among the general public.

Furthermore, in September 2020, the European Commission’s proposed Markets in Crypto-assets (MiCA) is set to open a new era for crypto legislation. It aims to create and harmonise a comprehensive regulatory framework for digital assets and their service providers across the EU. This includes any activities related to crypto assets, from issuance to provision, applying to both individuals and businesses involved. The planned regulations deal with rules of trading, marketing and supervision of digital assets, the governance of token issuers and crypto service providers, and last but not least, implementing consumer protection rules to ensure market integrity.

Once finalised and adopted across the EU, MiCA will introduce standardised definitions for elements of the digital assets market that were previously missing and have hindered policy making by individual countries — including classifications for crypto assets, types of tokens (asset-referenced, significant asset-referenced, electronic money, utility) as well as definitions of crypto asset services and service providers.

MiCA also includes the layout for a regulatory system for “stablecoins” as well, such as the Diem (formerly Libra) initiative of Facebook, highlighting the EU’s need for a rapid adaptation of technological progress in finance. The European Commission’s current plan, laid down in MiCA, is for the European Banking Authority to take on the supervisor role of stablecoin issuers.

MiCA, its accompanying annex and the also relevant proposal for “on a pilot regime for market infrastructures based on distributed ledger technology” (DLTR), all published at the same time, will be transferred to the European Parliament and the Council of Ministers for review and adoption. For proposals of this complexity, a minimum of a year can pass until they take their final form.

Over time, these EU initiatives will ultimately replace individual country regulations, which in turn, should provide operators in the digital asset space with greater certainty across a much larger market.

Until then, at the moment, the concerns and regulations around cryptocurrencies form a colourful landscape in Europe, country by country. Below we take a closer look at some of them, to give a comprehensive picture of each crypto market and a better understanding of how crypto is shaping Europe.

Germany is considered to be a pioneer in the cryptocurrency market. Based on 2019 data, 87% of the adult internet population in the country know about cryptocurrencies, 18% own them and 9.2% used to own some already in the past.

The country’s crypto adoption rate can be considered fast compared to the average – one of the latest events was Boerse Stuttgart, Germany’s second largest stock exchange opening up its cryptocurrency trading platform (BSDEX) to all interested traders. Now the access to crypto is fairly easy in the country: users must be at least 18 years old, a resident of Germany, a European Economic Area (EEA) national and have a German bank account.

Potential investors can look into several other options in the market with Bitcoin.de being the most popular and the largest Bitcoin marketplace in Europe, with over 875,000 customers. Germany also has a total of 50 bitcoin ATMs, spread around mostly in Munich, Berlin and Düsseldorf.

The UK left the EU on 31 December 2020 having agreed a last minute Trade and Cooperation Agreement with the EU. This meant that the UK left the EU with a deal, however the deal did not contain much detail on financial services. As the new year commences, we expect to learn more from the HM Treasury consultation on how the UK plans to treat crypto; as well as more detail on the on-going financial relationship between the UK and the EU.

According to FCA findings, 3.86% of the UK population currently owns cryptocurrencies which amount to approximately 1.8 million adults, and 75% of UK consumers, who own cryptocurrencies, hold under £1,000. 77% bought crypto assets through exchanges and out of those, 83% use only non-UK-based exchanges. This is in accordance with the fact that none of the UK-based ones have the user base like other popular rivals such as the US-based CoinBase or Kraken. UK residents also have access to 247 ATMs in the country, with 175 reported across London.

Switzerland: The home of Crypto Valley

14% of asset holders in Switzerland also hold crypto which makes Switzerland the joint highest country for crypto adaptation, alongside Romania and Ireland in GlobalWebIndex’s report.

Another survey recently conducted by the Swiss institute Intervista in 2020, revealed that 7% of savers, between 18 and 55, own cryptocurrencies. 13% of the youngest respondents, between 18 and 29 years old, also said that bitcoins and other digital currencies will become even more important in the future, and even 7% of those between 30 and 55 plans to continue investing in crypto.

There are some Switzerland-based exchanges interested parties can turn to with their investments, such as Lykke or SIX Swiss Exchange — the latter is considered to be the country’s principal stock exchange which now has 12 cryptocurrency ETP listed. There’s also Swissquote Group, Switzerland’s leading provider of online financial and trading services which partnered with Luxembourg-based exchange Bitstamp in 2017, and became the first online banking group in Europe to bring direct bitcoin investing to the market.

In addition, Switzerland has the sixth most bitcoin ATMs in the world, a total of 102 currently, mostly found in Zurich, Genève and Lausanne.

Photo by USGS on Unsplash

Interested in hearing more in person? Find out more at the Blockchain Expo World Series, Global, Europe and North America.