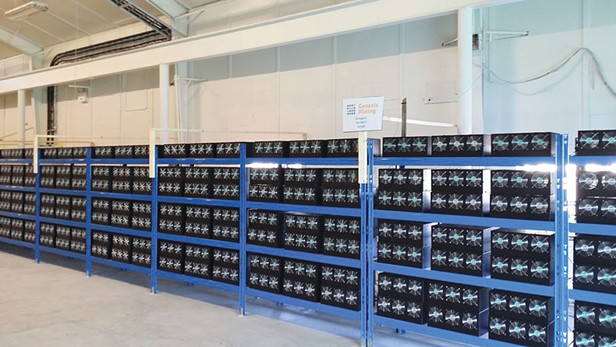 Cryptocurrency
and the Blockchain | Field Notes

Cryptocurrency, especially the largest, Bitcoin, is often touted as “new gold,” a way of holding wealth independent of banks. I discussed cryptocurrency briefly a few years ago (“Cash, Plastic or Bitcoin?” May 5, 2016), when I compared explaining Bitcoin to the challenge faced by Marco Polo when he tried to tell 14th century Venetian city fathers about the paper money (fiat) he had seen in China. Here’s my Marco Polo explanation of Bitcoin.

• A decentralized peer-to-peer electronic cash system, unlike fiat (“let it be done”) money such as dollars, where a central authority — in this case the U.S. government — promises that pieces of green paper without any intrinsic value are, in fact, valuable.

• A monetary system immune from inflation, since there will never be more than 21 million Bitcoins (unlike fiat money, which can be printed and hence devalued, according to the whim of the government)

• Digital currency, in the same way your credit card represents digital currency, except without any middleman or central authority like Visa or your bank or the Federal Reserve

• The financial equivalent of email

• A ledger (aka blockchain) containing the entire history of Bitcoin transactions

What do you mean “ledger?” Bitcoin’s ledger is the record of all transactions since its inception in 2009. The ledger is anonymous, decentralized and transparent, with thousands of identical copies maintained and constantly updated by a global network of nodes. It can only be added to, not edited. The ledger is broken down into blocks, each block containing the record of approximately 2,400 new transactions together with proof, or “hash” (see below) of the previous block. Hence the Bitcoin ledger is also called the “blockchain.”

How does it work? New transactions are constantly added to the blockchain at an average rate of one block every 10 minutes. To verify that a new block is a legitimate record, so-called “miners” essentially engage in a lottery, searching by trial-and-error (using powerful custom-built computers) for the correct “nonce,” the number that will return a singularly unlikely result. Once found, the winning miner broadcasts it to thousands of rival nodes for validation, resulting in the newly verified block being added to the chain. The miner’s effort, or “proof of work,” is rewarded with 6.25 Bitcoins per block (currently about $350,000). The reward is halved every four years.

What’s “a singularly unlikely result?” An arithmetical process (an algorithm known as SHA-256) is applied to the 2,400-odd new transactions, plus the hash of the previous block, plus the nonce being checked. The output (hash) is a run of 256 hexadecimal (base 16) numbers. A miner knows they’ve hit the jackpot when their hash starts with a certain number of zeros, currently 19. That number self-adjusts to keep the mining rate steady: The more miners, the greater difficulty. To give some idea what’s involved, the challenge with 17 initial zeros is equivalent to finding a particular grain of sand out of all the grains of sand in the world (about 10^20).

What’s the point of miners? Thousands of miners around the world validate transactions and keep the blockchain secure by consensus, verifying everyone else’s ledger for discrepancies or fraud about every 10 minutes. Instead of a central authority, thousands of individuals are guaranteeing the integrity of the system.

Barry Evans (barryevans9@yahoo.com) believes Bitcoin is one of the most important inventions of our time.