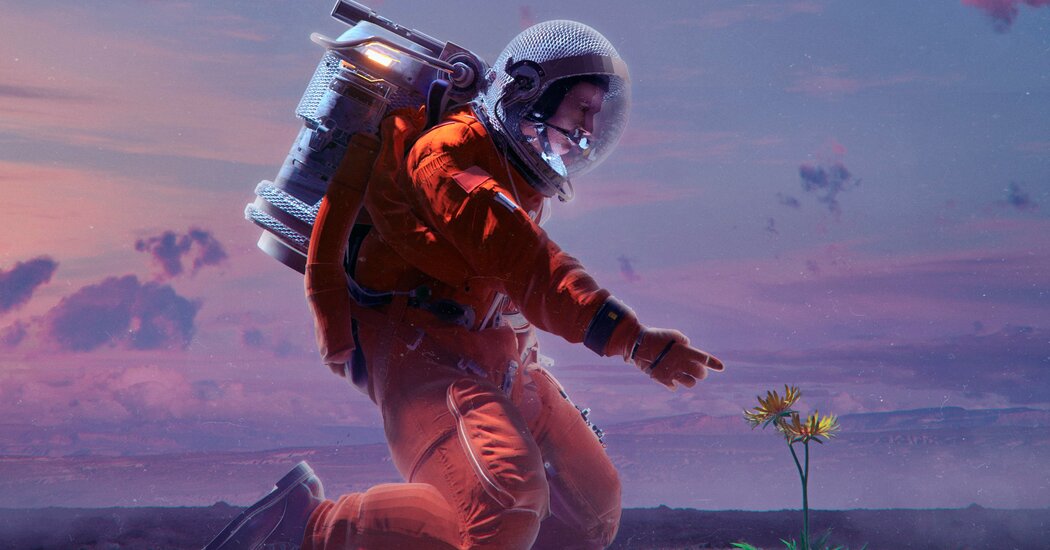 The $69 Million Beeple NFT Was Bought With Cryptocurrency

An artwork by Beeple which exists only as a digital file and was sold as a “nonfungible token” for a staggering $69.3 million at an online auction handled by Christie’s on Thursday was bought by an investor known only by a pseudonym and who paid for it with cryptocurrency, the auction house said Friday.

“It feel like I got a steal,” said the buyer, who goes by the pseudonym Metakovan, in a Google Meet interview (without video) that was arranged by Christie’s.

Metakovan, the founder of the Metapurse, a fund that collects “nonfungible tokens” or NFTs, said he would be paying for the work and Christie’s fees in Ether, a cryptocurrency. “As we speak, I’m sending the last transaction,” he said.

The work he bought, “Everydays — The First 5000 Days,” is a collage of all the images that the digital artist Mike Winkelmann, known as Beeple, has posted online since 2007. The image had been specially created, or “minted,” by the artist for Christie’s timed one-lot online auction as an NFT. Such digital collectibles have no physical existence, but are given proof of ownership and authenticity using blockchain technology. “Everydays,” a jpg, was the first digital-only NFT auctioned by Christie’s.

For the sale of the NFT, whose value had been far from clear at the outset, Christie’s had offered to accept payment in Ether for the first time, a move that some saw as bolstering the currency’s legitimacy. But the auction house has so far not announced a willingness to accept cryptocurrencies for the more traditional artworks it sells.

With bids that had started at just $100, the two-week timed auction was extended by some 90 seconds as a deluge of last moment bids pushed the price up to the equivalent of $69.3 million, and Metakovan, whose real name was not given, was the successful bidder, according to Christie’s. The result made Beeple, who is little known in the mainstream art world, the third most expensive living artist at auction, after David Hockney and Jeff Koons.

“I was quite anxious at the end,” said Metakovan, who had only previously bid at one Christie’s auction, recalling the final frenzy of online bids during the 90 seconds of extra time at the Beeple sale. “But I’m used to bidding at crypto auctions,” said Metakovan. “I don’t know how I would have performed if it had been a live sale.”

The underbidder, Justin Sun, the founder of the blockchain network BitTorrent, said earlier on Twitter that “he was outbid by another buyer in the last 20 secs by $250k.”

Metakovan said that his fund’s collection, founded in 2016, had never sold an acquisition and was acquiring a wide variety of NFTs.

“We see NFTs as a larger space; there are so many different kinds,” said Metakovan, who started his collection in 2016 by buying land in virtual worlds. In 2019, he paid about $111,000 in an auction for “1-1-1,” the first digital car for the blockchain game F1® Delta Time. It was the highest priced NFT sold that year.

But paying the equivalent of $69.3 million (which converted to 42,329.453 Ether) for a Beeple, for a work of art that doesn’t physically exist? He said he felt it was a good deal. “This still has a long way to go,” said Metakovan.