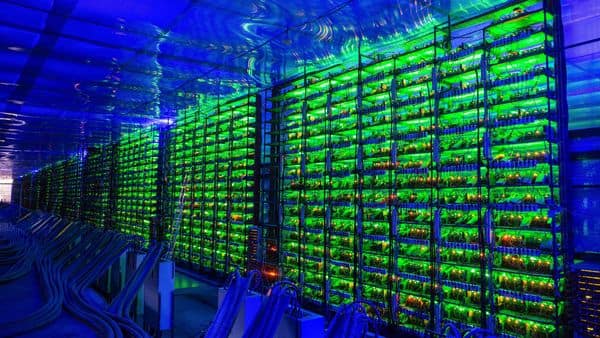 The world’s most cashless country has a problem with Bitcoin

Norway recently emerged as the world’s most cashless society, but its central bank governor says people shouldn’t start turning to Bitcoin as an alternative.

Oystein Olsen, the governor of Norges Bank in Oslo, says it’s inconceivable that Bitcoin — the most popular cryptocurrency — will replace the money that’s currently controlled by central banks.

Bitcoin is “far too resource-intensive, far too costly and most importantly, it doesn’t preserve stability,” Olsen said in a phone interview. “I mean, the basic property and task for a central bank and central-bank currency is to provide stability in the value of money and in the system, and that is not done by Bitcoin.”

Olsen’s dismissal of Bitcoin comes not long after one of Norway’s most prominent businessmen, Kjell Inge Rokke, endorsed the cryptocurrency, arguing it will ultimately be on the right side of monetary history. He even suggested a single Bitcoin might one day “be worth millions of dollars.”

On Monday, one Bitcoin traded at around $57,000, almost 900% up from its value roughly a year ago. Elon Musk is a fan, as is Cathie Wood of Ark Investment Management. Matt McDermott, global head of digital assets for Goldman Sachs Global Markets Division, recently said there’s now “huge” institutional demand across different industry types and from private banking clients for Bitcoin.

Meanwhile, central banks are racing to respond to widespread cashlessness by developing their own digital currencies before cryptocurrencies take over. Norges Bank Deputy Governor Ida Wolden Bache said last November that Norway has become the world’s most cashless country, with only 4% of all payments conducted with bank notes and coins. That’s raised questions about how payments should be conducted in the future.

But Norway isn’t one of the front-runners when it comes to developing central bank digital currencies (CBDC). Instead, Sweden and China are the world leaders among major economies, as policy makers team up with technology experts to figure out how best to design something that central banks can control.

Central Banks Are Getting Serious About Digital Money: Chart

Norges Bank is due to publish a report on its CBDC project in April. Wolden Bache said earlier this month the goal is that users “must be able to pay efficiently and securely in” Norwegian kroner. According to her slide presentation, a Norwegian CBDC “will not change private sector credit intermediation.”

As for Bitcoin, which some central bankers have compared to the tulip bubble of the 17th century, Olsen said, “I don’t think at the end of the day it will be a threat to central banks. Although some people talk about that.”

“Digital currencies more generally are the new wine, in many respects,” he said. But now, “central banks are entering the scene.”

This story has been published from a wire agency feed without modifications to the text. Only the headline has been changed.