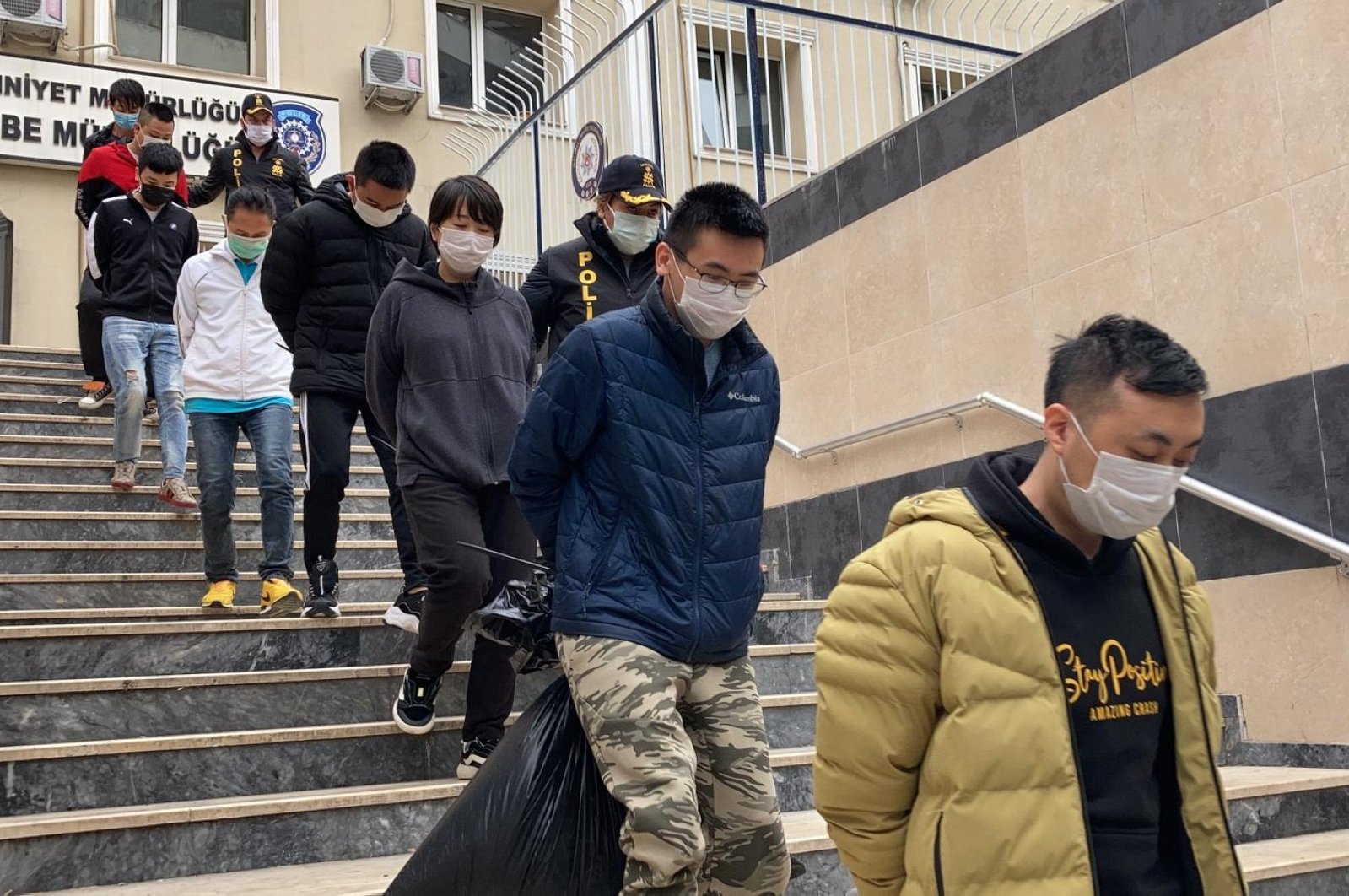 Police carried out the raid after two of the workers, who were forcefully held by the gang to work for them, fled the posh villa complex in the two districts on March 5 and went to the nearest police station to seek help.

Hongwu Z. (29), and Kang W. (28), told the police that they had come to Turkey upon seeing a job posting in the financial sector. They noted that after starting their job, they were forced to sell fake cryptocurrencies to swindle money from people in China.

Some 101 foreign nationals who came to Turkey on tourist visas and whose passports were seized by the gang, were forced to work for them, according to the investigation.

Some 30 police squads and 100 police officers participated in the raid, in which 18 suspected gang members were detained. Six of the detained suspects were arrested by the court.