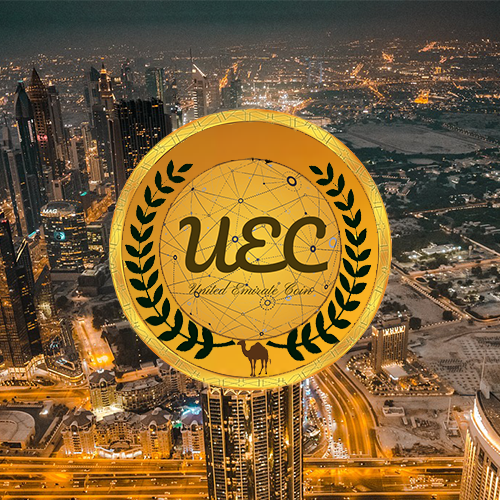 LONDON, UK / ACCESSWIRE / March 31, 2021 / With the ending of Q1 2021, UEC announces the First Arab Cryptocurrency. United Emirate Coin is an open source, anonymous peer-to-peer Ethereum based Coin carefully developed by Industry experts based in the Middle East. United Emirate Coin is a global payment network that is fully decentralized without central authorities which enable people to store and invest their wealth in a digital Currency.

The total supply is just 20M making it a huge potential for astronomical increase in price value making investors tons of profits trading and holding UEC. Besides the UAE, cryptocurrencies have been banned outright in Algeria, Iraq, Morocco, and Libya. Jordan has warned the public against the use of bitcoin. Even where a ban is in place, internet postings suggest people often flout the law. Despite the ban in Morocco a blockchain summit was held there last month and a US private equity firm is planning a controversial project to build a wind farm to mine bitcoin in the occupied Western Sahara. United Emirate Coin aims to bridge the gap and encourage the usage of cryptocurrency in day to day financial transactions in the middle east and other Arab nations.

Kuwait does not recognize cryptocurrencies for official commercial transactions and prohibits the banking sector and state-controlled companies from trading them. Yet in January 2018 the CBK announced it would issue an e-currency, which it distinguished from a virtual currency, and in July a Kuwaiti financial firm announced the first ever blockchain-powered transaction in the country.

In Lebanon the Banque du Liban issued warnings about the dangers of cryptocurrencies and then last year announced it would launch its own. Media reports suggest some small businesses in Lebanon already accept Cryptocurrency.

Bahrain and Qatar both bar their citizens from engaging in any kind of activities involving cryptocurrencies locally but allow them to do so outside their borders. Qatar has its first Blockchain conference in October. Financial regulators from Abu Dhabi, Bahrain and Dubai are among a network of regulators collaborating with the UK Financial Conduct Authority to increase regulatory cooperation and explore policy issues arising from fintech.

United Emirate Coin is currently built and managed on the world’s best crypto blockchain which is the Ethereum network.

Wallet encryption provides protection from wallet-stealing viruses and trojans as well as allows user to secure the wallet, so that user can view transactions and the account balance.

UEC uses decentralized blockchain transaction technology, so no centralized third party to trust. Transactions are performed directly between the users.

On the one hand, crypto currency is entirely anonymous. On the other, it is completely transparent and trackable.

It is anonymous in the sense that user can hold a crypto address without revealing anything about user’s identity in that address. One person could hold multiple addresses, and in theory, there would be nothing to link those addresses together, or to indicate that the person owned them.

Sending and receiving virtual currency is like writing under a pseudonym. If an author’s pseudonym is ever linked to their identity, everything they ever wrote under that pseudonym will be linked to them. United Emirate Coin seeks to serve as the perfect means of anonymous payment for residents in the Arab world and the world at large.