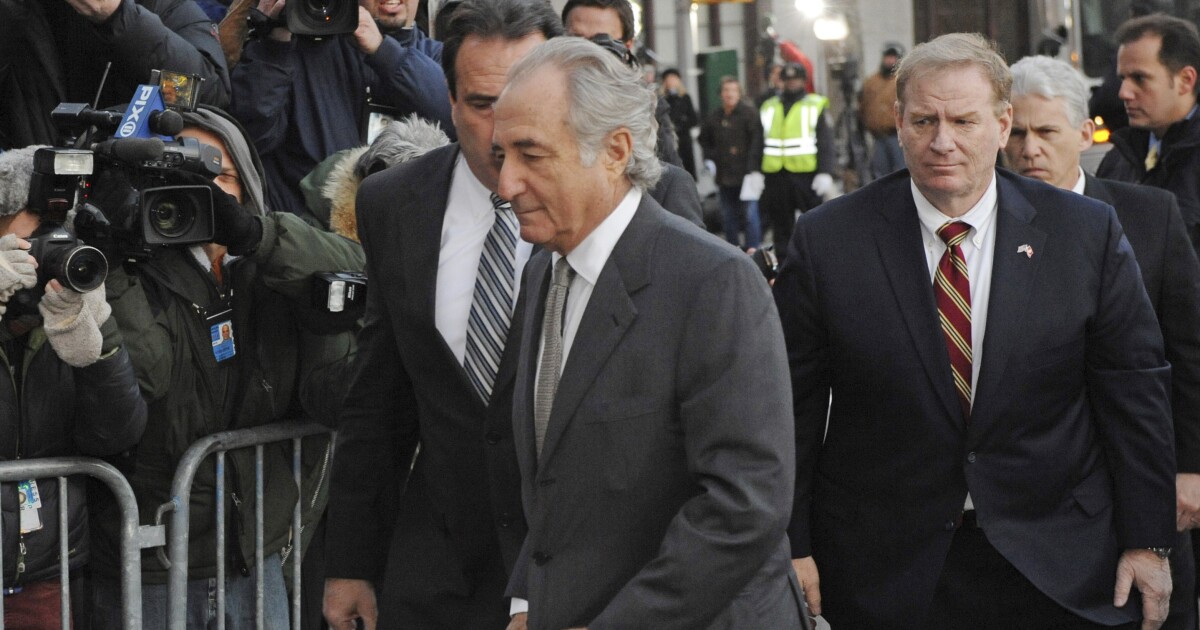 The most enlightening thing ever written about Bernie Madoff, the prodigiously corrupt financier who died in prison Wednesday, was a jailhouseinterviewhe gave to Steve Fishman for New York magazine in 2011.

Madoff, then kicking off his 150-year sentence for orchestrating a Ponzi scheme that lost clients some $65 billion, sounded contrite. But he also had grudges. Like a certain former president, Madoff grew up in New York City’s outer boroughs, where he came to resent the high-hats of Wall Street.

“I was upset with the whole idea of not being in the club. I was this little Jewish guy from Brooklyn,” he told Fishman. “The little guy never got a break…. The market is a whole rigged job.”

Like many smart-aleck beginners, Madoff believed he had cracked the code of the market. He did well by his clients, even in downturns — first legitimately, then very much not. But his resentments never lifted.

While Madoff’s client list increasingly tilted toward the posh and preening in Palm Beach and the Persian Gulf, “it was Bernie from Brooklyn who thanklessly drove the engine,” according to Fishman.

And it would be Bernie from Brooklyn, the little guy, who took the fall.

Of course, these days, Madoff, who owned three yachts, including a luxe 56-footer called Bull, is hardly considered the little guy.

And seen from the perspective of Wall Street in 2021, where scrappy Redditors and Elon Musk sometimes seem like greater rainmakers than Goldman Sachs, the Madoff drama of a decade ago is almost quaint.

First, the much-vaunted returns Madoff got for his clients (10% annually, no matter the financial weather) would strike many — notably today’s “stonk” day traders — as a pittance. The Redditors who claim they squeezed hedge funds in January with an operation involving GameStop stock have spent many a spring day doubling and tripling their money trading cryptocurrencies that their elders still don’t understand.

And for the youngs who came to politics by way of Occupy Wall Street, Madoff’s extreme notoriety only throws into relief the galling fact that not one Wall Street exec went to the clink for the 2008 recession. The bottom dropped out for many of us, but the recession didn’t ruin many masters of the universe. Instead it crushed middle-class lives, creating widespread homelessness and destroying nearly $30 trillion of the world’s wealth.

Making Madoff Wall Street’s big bad apple may have served to let the others skate.

In any case, Madoff’s grudge with the white-shoe world is alive and well in the 20-somethings. The new little guys are often the ones who saw their early prospects thwarted when their parents lost their shirts, their homes and their kids’ college funds in the financial crisis.

And just this week, as Madoff lay dying of kidney failure, the new hotshots in the market were making a killing. Where Madoff boasted of a head for math, the new punks have a head mostly for jokes.

Over the course of this week, for example, they dumped money into a silly cryptocurrency called Dogecoin, an empty caper connected to a 2013 meme about a shiba inu embellished with words in the Comic Sans font. Dogecoin hit 25 cents per coin Thursday evening, which is up more than 300% from a week ago.

If it broke your brain to try to understand derivative securities in the Madoff days, let me free you to stay ignorant this time: Don’t bother understanding Dogecoin. All you need to know is it’s yet another cryptocurrency like bitcoin — a virtual medium of exchange that gets its value not from banks or governments but from the people who use it.

From the … little guys.

When bitcoin first appeared in 2009, Madoff was already in hot water. Unless he was sock-puppeting on Reddit from the prison library, it’s unlikely he ever got into crypto. But he might have appreciated its logic.

This time the little guys are aiming to breach the “club” not by managing other people’s money but by ginning up their own currency — and setting the value for it.

For a while, it seems, they could get very, very rich. The rigged game will seem as though it’s finally licked. The crypto market will go up and up and up. Everyone will buy maxi yachts and name them Bull.

And then, as late-stage Madoff might have predicted, it will come crashing down. Or so the history of the market tells us.