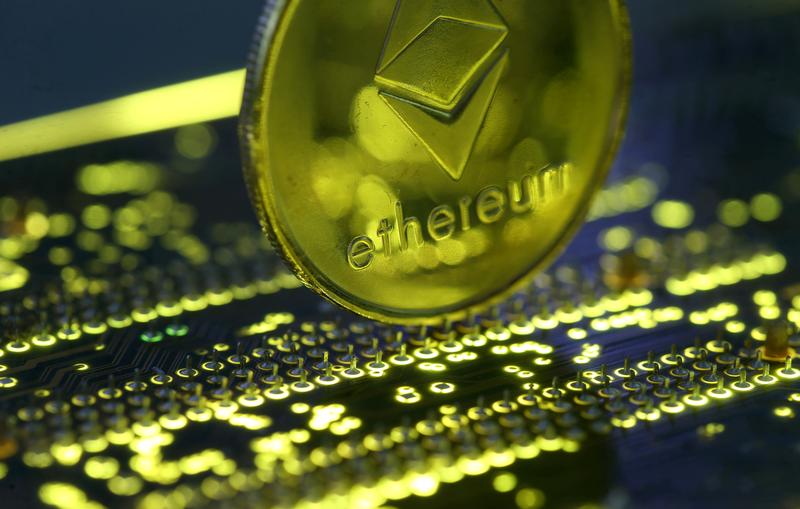 Ethereum gets bulk of crypto flows in latest week: CoinShares

NEW YORK (Reuters) – Investment inflows into cryptocurrency funds and products amounted to $245 million last week, with 80% of the money going into ethereum ahead of the listing of its futures on the Chicago Mercantile Exchange, according to the latest data on Monday from asset manager CoinShares.

Total inflows so far this year into the space hit $2.4 billion, with crypto assets under management hitting a record of about $37.6 billion. In 2020, total flows reached $6.7 billion.

Bitcoin, on the other hand, got $41.9 million of the weekly flows, with a year-to-date total of $2.02 billion. The largest and original cryptocurrency had its lowest inflows since all-time highs seen in early January.

James Butterfill, investment strategist at CoinShares, said despite lower bitcoin inflows, there was “little evidence of taking profits with investors preferring to buy and hold.”

On Monday, bitcoin climbed to an all-time peak of $44,899, after Tesla Inc said it had invested around $1.5 billion in the virtual currency and expects to begin accepting payment with it for its cars and other products in the near future.

“We see this (Tesla’s move) as an important moment for market validation but are not surprised by the move,” said David Grider, lead digital strategist, at Fundstrat Global Advisors.

“We think many companies will look at that stored wealth and that consumer base and start accepting crypto as a greater means of payment.”

Grayscale, the world’s largest digital currency manager, posted assets under management of $30.1 billion last week, up from $27.4 billion the previous week. CoinShares, the second-largest crypto fund, managed assets of $3.7 billion in the latest week, also up from $3.4 billion in late January.