Ethereum price screams ‘sell,’ but fundamentals have never been stronger

Ethereum price notes a slow down in its 150% year-to-date return. Although the recent sell-off may have played a role in reducing its momentum, the Tom DeMark (TD) Sequential indicator a halt in the smart contracts platform token’s rally.

Ethereum price has seen a drastic reduction in momentum as the last three 3-day candles have grown increasingly small.

The TD Sequential indicator’s most recent sell signal presented in the form of a green nine candlestick affirms the lack of buyers and the mounting selling pressure.

Technically, this setup stipulates that a one to four candlestick correction must follow.

On the off chance, the price slices through the barrier mentioned above, then ETH could correct up to its previous ATH at $1,440.

While the technical aspects indeed point towards a correction, on-chain fundamentals suggest that this correction might either be small or never come. 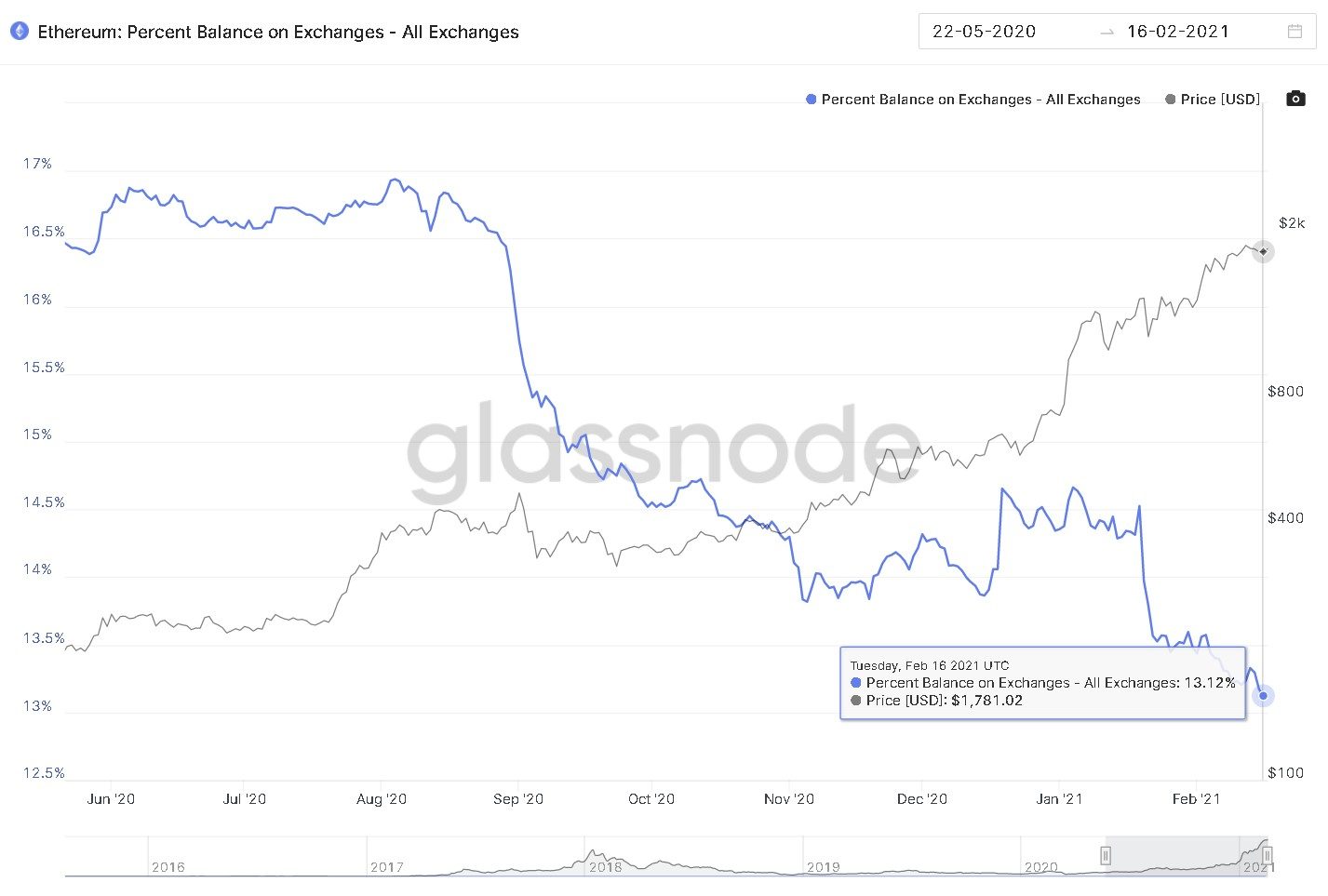 Glassnode’s on-chain metric shows that about 97% of all the coins in circulation are in profit, further supporting the bullish thesis. 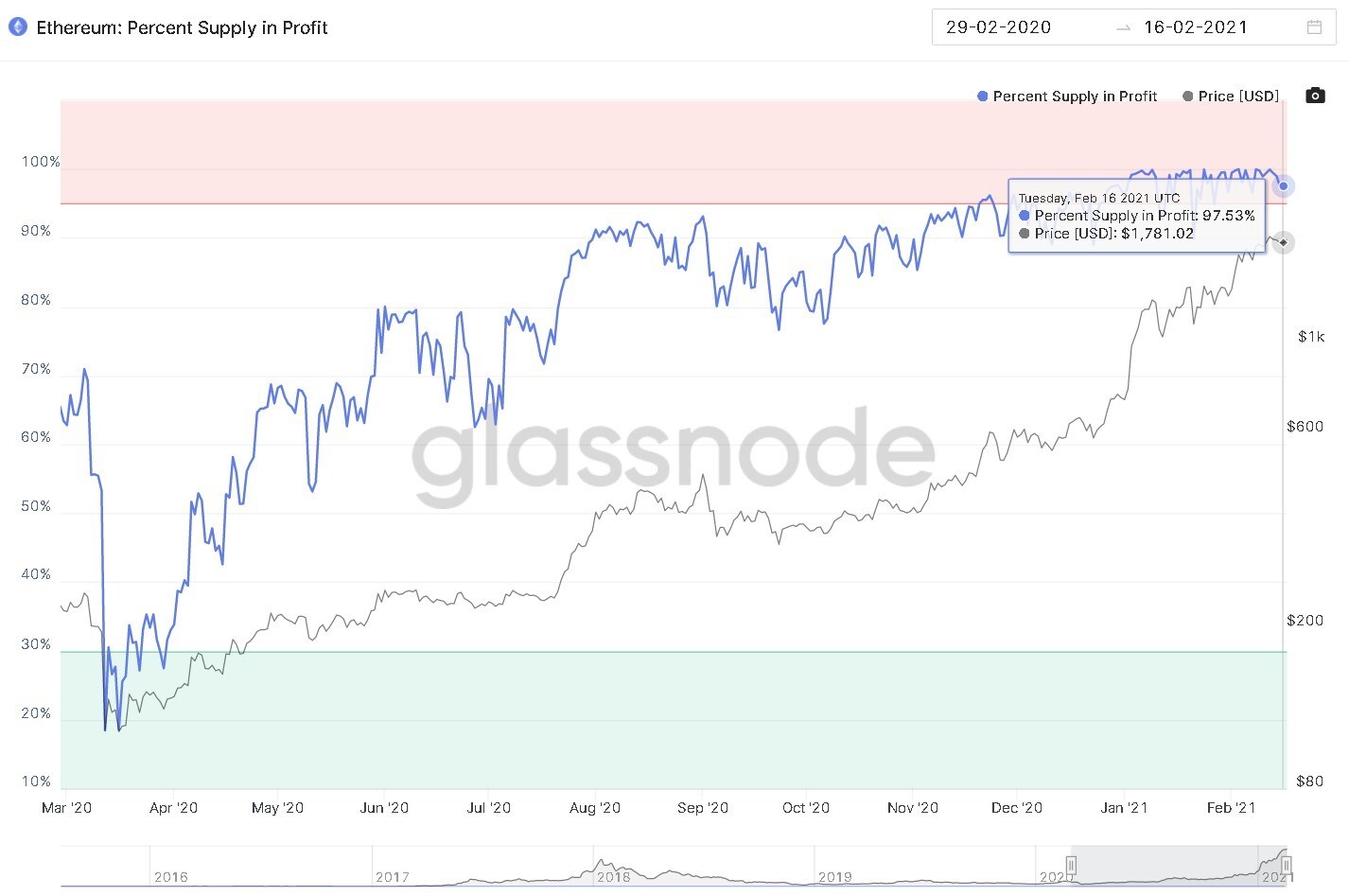 Coinbase, America’s most popular exchange, announced a waitlist for ETH staking, which signals that more ETH supply will be taken out of circulation and placed in staking, effectively reducing the coins available for selling.

All-in-all, ETH’s prospects, in the long run, seems quite bullish. Hence, a decisive one-day or perhaps even a 3-day close above the new all-time high at $1,871 will invalidate the short-term bearish outlook and rally the coin to new highs around the 161.8% Fibonacci retracement level at $3,000.