Ethereum Targets $2,000 While A Correction Looms

Speculation is mounting around Ethereum’s upcoming July upgrade. While market participants grow overwhelmingly bullish, the price of ETH could rise before it retraces quickly.

is back in the spotlight after enduring a two-week-long consolidation period. The second-largest cryptocurrency by market capitalization broke out of a symmetrical triangle on Mar. 6 that has seen it surge by more than 16% since then.

The height of the triangle’s y-axis suggests that ETH prices could rise by another 5.50%. Thus, a further increase in buying pressure could push ETH to reach a target of $1,960.

While the recent upswing seems to have been fueled by speculation around Ethereum’s “buyback” update, which aims to restructure fees, investors must remain cautious.

The Tom Demark (TD) Sequential indicator suggests that Ethereum may retrace after reaching the symmetrical triangle’s target of $1,960.

This index is about to present a sell signal on ETH’s 12-hour chart. It could develop as a green nine candlestick, which is indicative of a one-to-four candlesticks retracement.

It is worth noting that the TD setup has been incredibly accurate at anticipating local tops on Ethereum trends. The three sell signals that this indicator has presented since the beginning of the year were all validated, resulting in significant corrections.

Therefore, it is imperative to consider the short-term pessimistic forecast before entering any long positions. 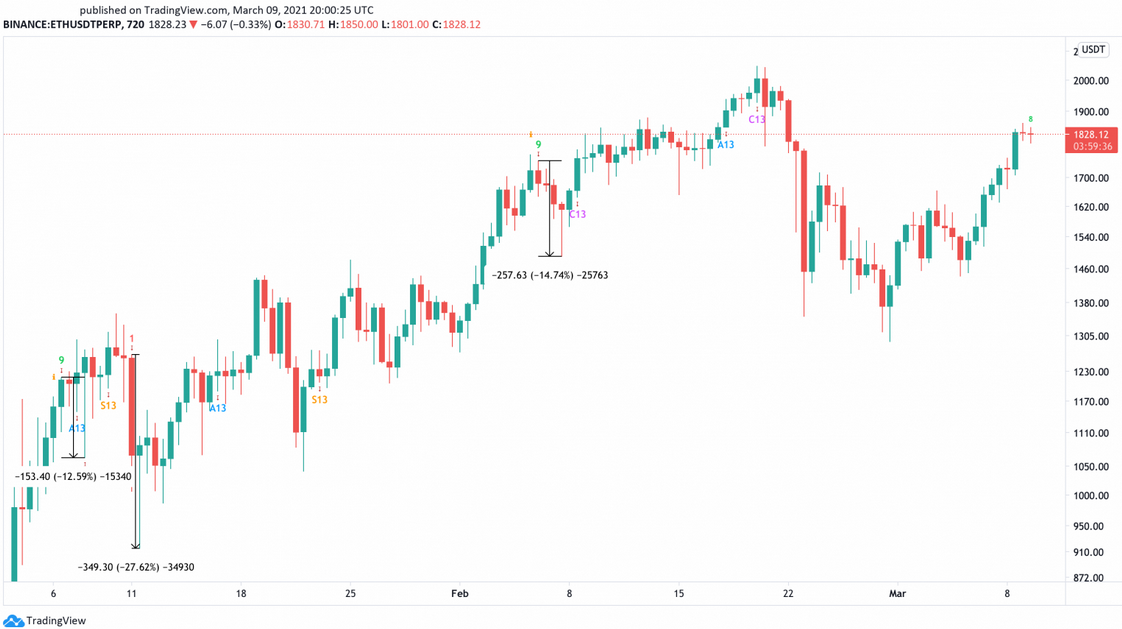 Transaction history that nearly 780,000 addresses have previously purchased over 12 million ETH at an average price of $1,600. In the event of a correction, this support hurdle must hold to prevent a steep decline towards $1,300.