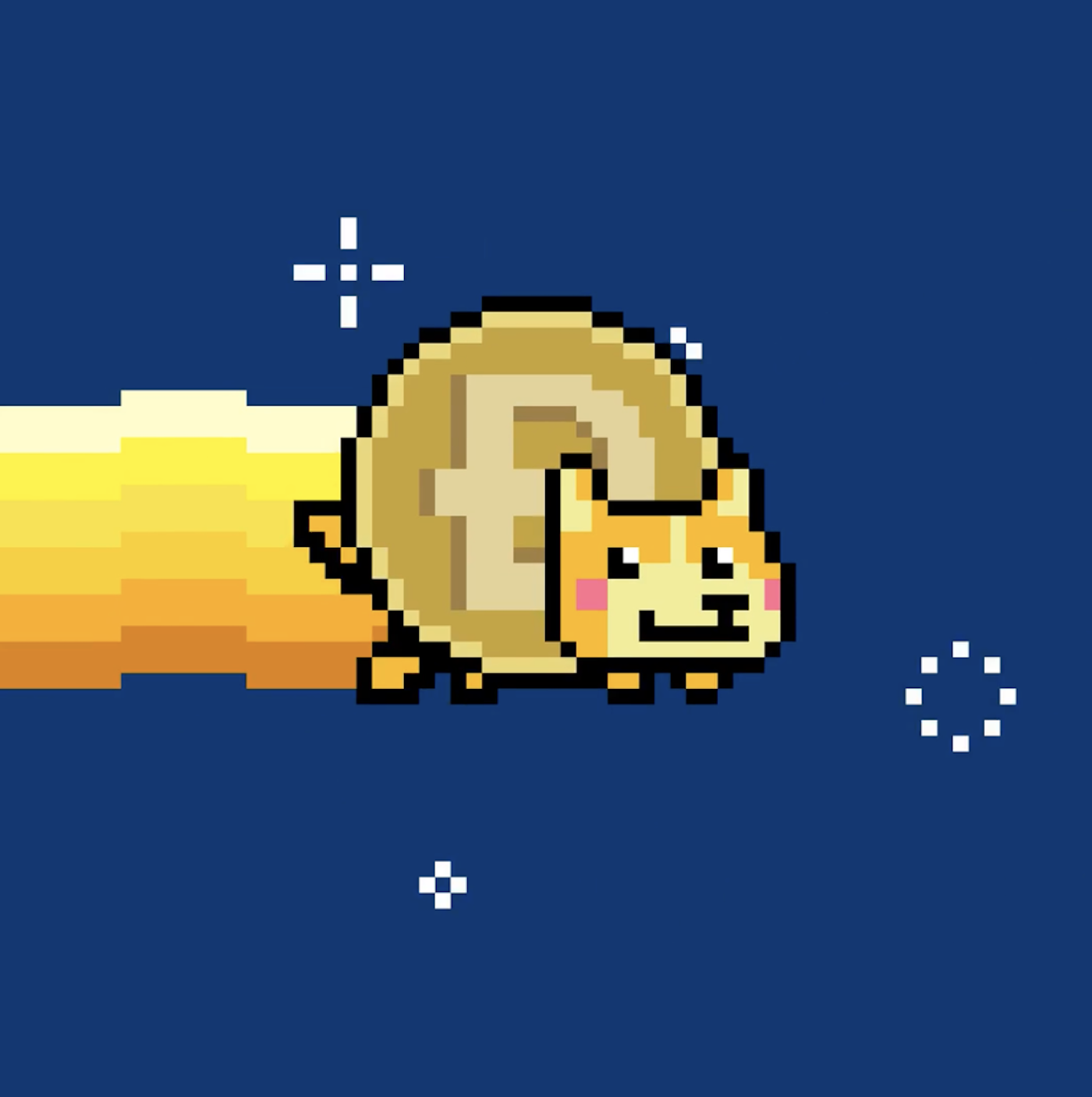 A dogecoin-inspired non-fungible token (NFT) has sold for 45 ETH, roughly $69,000 at purchase, on the cryptocurrency art platform Foundation.

NFTs are a type of digital asset causing quite a stir these days. They provide proof of an artwork’s scarcity via unique digital identifiers built on top of Ethereum and other blockchains.

Torres told CoinDesk via email his inspiration behind the Dogecoin NFT was based on the theme of “Luck.”

“I wanted a bright and shiny coin for the piece, then decided to incorporate my style into the work,” Torres said. “I also chose a drop date with as many lucky numbers as possible, even timed down to the drop (3:33pm).”

The Dogecoin NFT ultimately found a home with buyer Mondo, whose bio on Foundation states, “I’ve received 5000 ETH as a gift from my father back in early 2016 and then it all started…”

“Memes have always held great power,” Torres said. “Some specific memes have been shared around the world millions of times and have become a part of our culture.”

Torres sees NFTs as a way for memelords to monetize their creations more fairly.

The Nyan Dogecoin sale joins a growing trend of NFT artwork being sold on a variety of marketplaces with some pieces fetching millions.

“Anything is worth what someone is willing to pay,” meme artist Ryder Ripps told CoinDesk. Ripps is the self-declared creator of the popular 2010 meme graphic “deal with it.”

According to Foundation data, Ripps’ rights for the “deal with it” artwork sold for 15 ETH (roughly $22,500) on Thursday. The artist, however, compared NFTs to barcodes, such as those on soda bottles used to identify the item at checkout.

“I don’t think you should buy something just because it has a barcode,” said Ripps before conceding that Torres’ Nyan Cat was worth a lot.